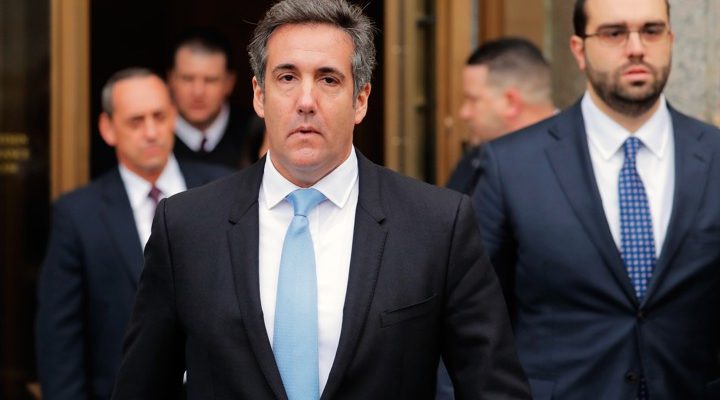 Michael Cohen claims Trump Organization executive VP Alan Garten agreed in July 2017 to pay his legal fees under an indemnification arrangement in connection with investigations arising out of his work the company. The Trump Org disputes that deal ever existed.

Lawyers for Cohen took tough questions from the judge in their effort to make the Trump Organization pay for Cohen’s $3.8 million in legal fees, back taxes and criminal penalties.

Justice Joel Cohen said during a hearing in Manhattan Supreme Court that state law does not allow for an oral agreement between Cohen and Garten to extend in perpetuity — if it ever existed. It didn’t make sense, he said, for the company to agree to a deal that would cover legal fees for investigations it didn’t even know existed.

“The (Trump Org) would have to be on guard, essentially forever…The problem is that it attaches to things that could not have been identified at the time,” the judge said.